Can fat hysteria be dumbing down our kids? 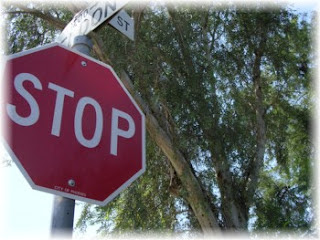 Most public schools these days, are very concerned with the fatness of the kids who attend there. In walking around the cafeteria of a public school at which I attended a concert recently, I noticed all kinds of diet posters and slogans. I noticed NO slogans about doing better in school or thinking more. Most children of 9 years and older, read the backs of food packages to find out "how many calories" are in the food they are thinking of eating, more often than they read books. Some of us educators are a bit concerned about that.

A study by Tufts researchers, (WELL FUNDED by the CDC as well as other companies with vested interests) put all the children in Somerville, a suburb of Boston, into a program called "SHAPE UP" which stressed "smaller portions" and lots of exercise. They reported in "Obesity Journal" (Obesity 15:1325-1336 (2007)) that the study was a success because during the year long study, Somerville kids gained 1 lb LESS than kids of their same ages in neighboring suburbs. That resulted in a BMI difference of 0.10.

Seemingly of no concern to anyone was the fact that the reading scores of kids in Somerville are 14 percent BELOW the national average and the math scores, 25 percent BELOW. This is especially odd as Somerville is a semi affluent community.

I am reminded of an article in "SHAPE MAGAZINE" around 1995, entitled "DOES DIETING MAKE YOU DUH?" which reported that people on a diet did not function as well, cognitively, as people eating normally.

Many people have noticed a general "dumbing down" of society in the last couple of decades. Could our affinity to partially starve ourselves to attain what we consider to be "the perfect body" be a factor? Studies by the Food Institute of the UK suggested that prolonged calorie restriction, caused PERMANENT brain damage.

Will we go back to emphasizing things like READING BETTER to children or continue to dumb down with things like the "shape up" campaign, which though considered successful by the researchers, really did not make much difference in the children's health status and certainly did NOT help their poor reading and math skills (on the contrary, I suspect). I would guess that it's in the interest of those who wish to sell us something that we continue to dumb down, because educated, aware buyers are much more difficult to manipulative through the media.

resource: blog by RN, BSN, has a detailed description of the study and an excellent analysis of the flaws etc.

the News abounds with news - some of it junk

On the good side of the news, Gina Kolata has written a book which tells its readers some of the things about weight loss that the diet industry would like to keep from us. For example, she reports on a study - first done in 1950 and repeated many times since, with the same results, by Hirsh and then, Hirsh's associate, Rudy Leibel which suggested that obese people trying to maintain a weight lower than their high set point exhibited psychological and physiological symptoms of starvation, even if they were eating ENOUGH FOOD to maintain that weight. Although this group of studies is not new, it certainly IS new to the American public, large segments of whom are still under the impression that if a person loses weight, they can reset their set point and be slim forever doing nothing more than "eating less and moving more" (an expression which, I recently discovered, originated in the mid 1800's!). This is definitely what the diet industry would like us to believe.

The symptoms of starvation can be very ugly. On the psychological side, depression, suicidal ideation (can over dieting explain the high rate of teen suicide?), aggression, food fantasies including dreaming about food, a desire to binge eat. On the physiological side, the symptoms can be things like being cold all the time, extreme fatigue, voracious hunger, hormones produced which regardless of what is eaten, cause a weight gain and burning as much as 24 percent FEWER calories when exercising. Metabolic damage can last, stated Leibel in an oft quoted message, as long as 10 years after the diet has ended and eating patterns are more normal.

These symptoms were first observed in the Ansel Keyes study of the 1940's. Keyes was trying to find how to rehabilitate the starving refugees from WW II and asked several conscientous objectors to volunteer for this study. Interestingly enough volunteers were given 1700 calories a day (which was considered starvation back in those days).... rather interesting because many of today's slim women are eating less than half that.... and also volunteers were exercised for several hours a day. There is an interesting video about the Keyes starvation study on the University of Nebraska conscientous objector website.

I know bariatric surgery patients who, to maintain weights over 290, cannot eat more than 1000-1200 calories a day or less. We blame regainers from diets and bariatric surgery but is it really their fault or is it, as the studies suggest, something physiological - that "strong biochemical system" defined by Rudy Leibel, which goes to an extreme to defend the higher weight?

On the junk science side, there is a new study which suggests that drinking fruit juice can risk your risk for diabetes. The problem with that study as pointed out to me was the researchers never asked about physical activity except for a yes or no question i.e. "are you physically active?" Of course most answered "yes". A lack of exercise IS a known factor for raising the diabetes risk.

Stories about gastric bypass patients in the news have (as usual) featured new ops who have taken all their weight off and are "happy" (the usual catch phrases are quoted - "can buy clothing off the shelf" "can fit on carnival rides") without one word about things like the need to take vitamin B12 shots for the rest of your life or many people requiring iron infusion which is done in the same place chemo therapy is done. And without mentioning the most important thing - that those who can keep their weight at goal and remain healthy are less than 5 percent of all patients! And that a rebound gain of 50 percent is expected in about 65-70 percent of patients!

A medical provider once told me that patients are NOT given informed consent (i.e. told the risks and dangers of medical procedures) because (as he put it) "then they would never have anything DONE!" Perhaps that is true but in view of the fact as reported by the JAMA in 2000, that a combination of medical treatments, errors and side effects of medications are responsible for 250,000 deaths a year (twice as many as attributed to obesity!), should not people have that choice of whether to have a treatment or not? And especially with elective surgery like bariatric surgery!
Posted by Sue Joan at 12:07 PM 1 comment: