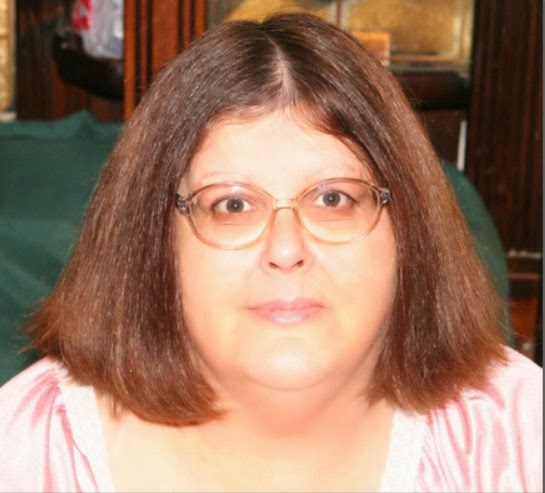 One of the most difficult things with being involved with weight loss surgery patients is when one observes people passing on, way too early.  A couple of years ago, I lost my bestest friend ever (pictured above) - she was a VBG patient which is a stomach stapling only - the surgery worked for her for about 12 years (with a lot of hard work on her part) and then, she got very ill with fibro and lots of other things to the point where in her early 50's, she not only gained weight very easily, eating very little food, but was basically bedfast.  She was a highly intelligent lady and her courage was amazing. She would boldly post about WLS, warning people despite getting numerous "nastigrams" in the mail. We chatted on the phone daily and shared everything with each other.  Then one day her husband called, distraught.  He had come home to find her deceased.  At the age of 54.

I don't understand why folks write nasty emails to people who try to present a realistic view of WLS.  Basically,  it seems, that pre-ops who want to believe the dream and new post ops who have lost a lot of weight and are thrilled at this, seem to feel that people should post nothing negative about WLS least a person might be "denied" this "life saving" surgery.

Trouble is, in all these years, I've not seen it save any lives - on the contrary.  Cash cow, definitely.. and one WLS surgeon told me laughingly, "I bury my mistakes!"  It's true that dead people don't talk.

Lately, another patient has died, probably earlier than would have, had they not had WLS.  This patient had had the duodenal switch which is a surgery which calls for cutting away 90 percent of the stomach and bypassing most of the small bowel.  They lose weight well but in the long run, it's almost impossible to replace the nutritional deficiencies.  Less than 25% of the surgeons in the USA do the duodenal switch as there are safer procedures available but they don't want to openly diss it either, even if they have stopped doing the procedure because they are worried about lawsuits (and many surgeons have multiple lawsuits pending).

This patient was 57 or 58 years old and had their surgery in year 1999 or 2000 - was very pro surgery and very much angry that I dared to say anything against it.  Was a young person with their life ahead of them and now they are gone like so many other of my WLS friends, died from lack of nutrition, it is thought.

The truth about any WLS is not only do people have to do the same things that non surgical people do to keep off the weight but also, they have to have regular checkups and take a lot of expensive supplements, in other words, work very very hard to keep off the weight, and even then, they might not have a good prognosis.

I have a cousin whose BMI is over 75 - she is 77 years old and going strong.  Had she had WLS, she probably would not have lived to that age.

It's ironic that in this day of super communications, things which should be  communicated, somehow may not be. In other words, if it's too good to be true, it probably isn't.  There is no easy way out and certainly not having surgery to lose weight!
Posted by Sue Joan at 1:14 AM 5 comments: