Does Obesity really cause brain damage?

Obesity might cause inflammation in the brain, shouts out the latest headliner coming out of the NPR News. 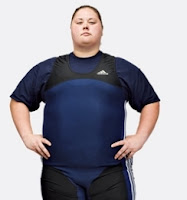 According to the NPR article:

...some provocative research suggests that a part of the problem might be that obesity could change the area of the brain that helps control appetite and body weight.

The study was published in the Journal of Clinical Investigation and since my trust of media reporting on studies is about zero, I decided to look up the original study to see what it really found.

Not surprising, the study report article differed completely from the news article.

In this study, the researchers found that when rats were fed a diet high in fatty foods, even before they became overweight, there was evidence of inflammation in the rat hypothalamus gland, a gland in the brain which is thought to regulate body temperature and metabolism.

The scientists wondered whether humans reacted similarly, so they MRI-ed the brains of 34 humans and found more evidence of damage to the hypothalamus in the 12 humans who were obese than in those humans of normal weight.

Michael Schwartz, one of the researchers on this rat study was very shocked at the results, he told NPR. Schwartz is the head of the Obesity and Diabetes Center of Excellence at the UW School of Medicine.

I do see some possible issues in the study such as, can it be assumed that normal weight humans did not consume as much fatty food as obese humans?

But unlike the media, the scientists commented that this damage may be a factor in developing obesity and not that obesity caused damage as the NPR article stated. The scientists named their article, "Obesity is associated with hypothalamic damage". The media in their typical fashion of misreporting, headlined their article "Could Obesity Change the brain?".

Actually, I am not surprised that the hypothalamus glands of some overweight people might be damaged but of course, the study never stated that the obesity proceeded the damage - either in the rat study or in the human study.

Interestingly, this study may dovetail another recent study which found that a rather alarming percentage of people developed obesity after their tonsillectomies (which may be due to hypothalamic damage). The scientists in that study stated they did not know what caused this but suggested it might be that swollen tonsils caused difficulty in swallowing before they were surgically removed. I was one of those who packed on the pounds after my tonsillectomy and no, I had no difficulty in swallowing before that surgery! I also was very active, spending most of the day, running around, riding my bicycle etc. However, I was more hungry after my tonsillectomy which could be the effects of a damaged hypothalamus.

The study at the UW seems a landmark study, the first which suggests that damage to the hypothalamus might be a factor in obesity, which is a pretty shocking result as Dr Schwartz suggested however, with the media misreporting the study to something totally different, the public may never know what the real study found!

Obviously, the rat brain is quite different from the human brain. And the scientists admitted they cannot really generalize from how the rats reacted, that humans would react in the same manner but they did suggest more research along this line would be appropriate.

As an aside, it would be nice if, for once, the media would consider accurately reporting about the scientific research instead of totally changing what the study was even about. (the photo is of the Olympic weight lifter and medalist, Cheryl Haworth)