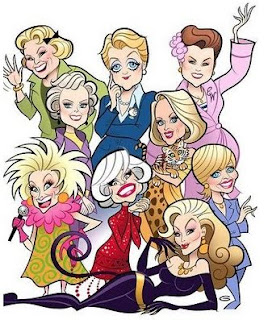 The following is to answer a comment - this was in two parts and had a lot of quotes in it so would be hard to read and brings up some points which I have answered (and so has Junkfoodscience blog answered) in other blogs but should be answered again to clarify things :

Mikalra who wrote the comment states he/she has no interest in the bariatric industry but since he/she does not identify him/herself I have no way of verifying this. Mikalra (M:) writes:

A study of 10 year post op gastric bypass patients found that 34 percent of those who started with BMI 50 or over, had regained all or most of their weight.
The abstract is here: "The failure rate when all patients are followed for at least 10 years was 20.4% for morbidly obese patients and 34.9% for super obese patients" -- which means, of course, that ~80% of morbidly obese and ~65% of superobese patients were successful.

No that doesn't mean this at all. And they do not define "success". FYI, success with bariatric surgery means keeping off 50 percent of the originally lost weight which still leaves many patients severely or morbidly obese (this is 50 lbs kept off for most patients), but as the Swedish Obesity Study found at the 10 year post op point, patients only tended to keep off an average of 16 percent of the original bodyweight and were, in fact, still High BMI. SOURCE: New England Journal of Medicine: Volume 351:2683-2693 December 23, 2004 Number 26 Lifestyle, Diabetes, and Cardiovascular Risk Factors 10 Years after Bariatric Surgery Lars Sjostrom, M.D., Ph.D et al


Secondly, the 35 percent was for BMI 50 which is the average BMI at which folks get a gastric bypass. Exactly why this study concerned the ASBS and they approved some revision procedures (which later turned out to be unsuccessful and temporary and painful i.e. the -through the mouth- stomaphyx and rose procedures)

Third, success is also staying healthy and estimates of acquired co-morbidities from gastric bypass have ranged from 20 percent in the 5 year duration Mayo Clinic study in 2003 to 40 percent in Dr Livingston's study of 800 of his own patients over a 10 year period post op, and can include epilepsy, reactive hyperglycemia and islet cell death, gastroparesis, osteoporosis and auto immune disorder.

As Dr Terry Simpson has stated:

***The RNY trades one disease for another: it trades obesity for malabsorption. By re-arranging your guts you sometimes have severe side effects, and can have long-term problems such as iron deficiency anemia, calcium deficiency leading to osteoporosis. (Dr Terry Simpson, MD, WLS surgeon)

The other study you quoted "long term mortality after gastric bypass" is not an accurate one for many reasons (epidemiological, not randomized etc) and also compared gastric bypass patients against fat people as obtained from driver's license weights only most fat people very much under state their weight on the drivers license so matching weights this way, one is going to be comparing the patients actual start weight with much HIGHER BMI people. Finally, if I remember correctly, the study mostly just followed for 7 years and did NOT take in consideration the 5-9 percent who die within a year of surgery (started following 1-2 years after surgery). I have written about this study in another blog - you may want to look that up.

And no we do NOT have "several" longevity studies on gastric bypass - we only have a couple which you have mostly managed to obtain and those are not real accurate.

So yes, there were certainly some risks from gastric bypass, as with any medical procedure -- but overall, it's clear, the health benefits to these very obese patients outweighed the risk.

This is NOT clear at all and why many surgeons are advocating the lap band now which is a much less risky procedure which delivers the same weight loss retention benefits.

Moreover, this study included people who had undergone surgery as much as 25 years ago, when the technique was much more experimental; it's reasonable to think that both the techniques, and any counseling or warning signs that need to be followed for optimal patient safety, will have improved by now.

The gastric bypass has not basically changed at all except now they are cutting the stomach into two pieces so it's much harder to reverse than the ones done 25 years ago were. Also 25 years ago, less of the stomach was bypassed which made it a bit safer than now. As Dr Ernsberger has pointed out:

"All of the operations, old and new, are based on an incorrect assumption: that the stomach is no more than a passive sac for receiving food. In fact, it is a critical digestive organ and cannot be cut away or bypassed without compromising the digestive process."

I am personally very concerned about the obesity epidemic. I would like to see a lot more of this epidemic controlled through support for healthy lifestyles in children, but for patients who have already become obese, this is clearly an option that should be seriously considered, based on personal values and risk factor profile, as it provides very substantial health benefits for most very obese patients.

First of all, news flash, "controlling children's diet" doesn't work. No matter HOW you do it. We know that putting kids on a regular diet does nothing more than injure their metabolism, making them more likely to get fatter when adults. It also injures their self images. But even a less invasive approach such as a friend of mine used... not having things like candy, potato chips et al around, building exercise in their son's daily life and limiting high fat foods does not work. In the case I am thinking of, this individual who kept reasonably slim during his childhood years, as soon as he left home, starting eating all the foods his family never had around and has been clinically obese for the last 20 years or more (he's 40 now).

Secondly, if the gastric bypass introduces NEW comorbidities, what good is it? Are those comorbidities lesser than what they experienced as being fat? In the opinion of several patients I know, they felt healthier BEFORE their gastric bypass than now.

And if the suicide rate among gastric bypass patients is 58 percent greater than among fat people, we must question whether the after surgery quality of life is all that good.

You watch the ads. I see the other side. Countless people who write to me, alone and isolated in their homes, underweight, living in fear or many more, very overweight but also very ill. You cannot make a judgment however well meaning you are, about this surgery until you have seen the entire story.

One super sized friend of mine (over 500 lbs) who is in her 50's (and her slim husband is the one who has had heart problems by the way- not her) has told me that she has OUTLIVED 48 of her fat friends who had weight loss surgery.

Here is just one poem which expresses the pain that some long term patients feel, the pain which never gets to TV or the ads:

(reprinted with permission of the patient)