If you don't have a gastric bypass you will get sick? 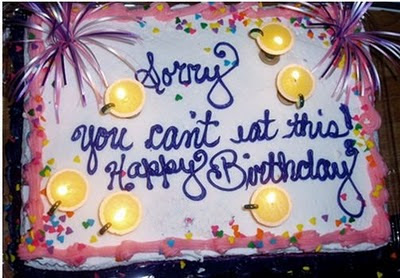 In the latest from (who else) the ASBMS (the professional organization for bariatric surgeons), they presented a study in which they compared the records of 587 gastric bypass patients to 189 patients who were eligible for surgery but did not have it because insurance had denied them.

In one of the LA Times blogs, some details on the study are given.

The researchers concluded that if folks thus qualified, are turned down by their insurance for these procedures, they become sicker than those who have the surgery.

This study has not, so far, qualified as "peer reviewed" although they may have plans to publish later but I can see many flaws.

First of all, the numbers are not even - many more gastric bypass patients than non surgical patients. For a real comparison, the numbers should be even.

Secondly, as studies have suggested, sleep apnea, although can be exacerbated by size, is not caused by obesity and the latest advice is for patients to keep their C-Pap machines even if they lose a lot of weight.

Third, GERD is definitely not caused by being overweight at all. It's usually caused by a hiatal hernia which causes a lot of problems including slow motility etc. That being said, I have personal experience with the fact that calorie restriction will keep GERD at bay long before you lose any weight. Calorie restriction seems the treatment of choice for it. Therefore, it's not surprising that the gastric bypass patients kept their GERD at bay while the non patients did not.

And finally, the so called "risk numbers" including blood pressure are also low in terminal cancer and AIDS patients and yet, are these really not at risk for heart disease?

But the problems of the study don't end there. What the researchers didn't compare was the number of bowel obstructions, twisted bowel, kidney stones, plugged stomas and other problems likely suffered by a rather alarming percentage of gastric bypass patients which were likely not suffered by those who did not have surgery.

What about comparing the number of those who got reactive hypoglycemia or epilepsy after gastric bypass with those in the non surgical controls?

That is, if one is comparing the amount of illness in both groups, should not all illness be included?

Gastric bypass has gotten some bad publicity lately with Carnie Wilson, the poster child regaining a lot of weight and Al Roker admitting that unless he exercises vigorously and counts his calories, he also regains (but this is the same thing that non surgical folks have to do to maintain or lose weight) and so I feel the study was mostly to get folks to think of gastric bypass in a more positive manner so that they might consider visiting their local surgeon. As the article in the blog notes, only 1 percent of those "qualified" for gastric bypass end up getting the procedure, a number which might alarm some providers.

This study reminds me of the first thing a friend of mine was taught in a class on de-coding studies i.e. "98 percent of studies are flawed for one reason or another".

As in all studies, we should always keep in mind the funding source and also, that what is not said or what is omitted, is sometimes as important as what is reported on.
Posted by Sue Joan at 7:07 PM 1 comment: