If it doesn't work the first time, get cut again 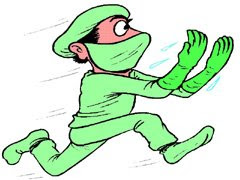 When people talk about Weight loss surgery, they never talk about the long term outcome. Or if they do, it's vague.

Long term patients (over 10 years which isn't that long term) tend to be slimmer. What they don't say is studies have found most still are very obese and some with a BMI over 40.

A bit different picture from the slim enthusiastic new ops who are paraded at the seminars or on TV's shows like "BIG MEDICINE".

And what is the solution that medicine offers? Get cut again.

Shorten the bowel so virtually nothing is absorbed. Well that works except everyone I know who's had that one is a rather sick person. As a favorite surgeon says "fat and healthy trumps thin and sick anytime".

Or pleat the stomach from the inside. That is painful, destroys the lining of the stomach, doesn't hold in place for over a year and hasn't really worked for anyone I know.

Or get rid of more of your stomach (a popular one for those who have had duodenal switch). What? People regain with DS/BPD's? Oh yes, big time.

Does it work? Maybe. Hard to tell because generally the regainers are made to feel ashamed and fade into the background.

I actually know several people who have had multiple weight loss surgeries and still are seeking more procedures! Some of these folks have had 7 surgeries after the original WLS.

I also know several folks who have had "revisions" (that's what the surgeries following the original weight loss surgeries are called) who are pretty sick.

A surgeon friend of mine says "success with weight loss surgery is 10 percent the surgery, 90 percent the patient".

How many people I wonder, actually have this surgery with the idea that they will have to work just as hard as someone on any other diet, to keep the weight off i.e. diet, count calories, measure and exercise in addition to getting blood work and dealing with the repercussions of a digestive tract which doesn't work the way it used to because it's been all rearranged inside.

Not many. I suspect most who have the surgery, have a dream in mind, fueled by the TV and the new ops they have met - a dream which has little resemblance to the reality, a dream where all the weight just falls off and then the person is "normal". But dreams are dreams and reality is reality.

Isn't it better to find out about reality before you get your body changed forever?
Posted by Sue Joan at 5:36 PM 5 comments: