Dr Oz of TV and his infomercial about gastric bypass 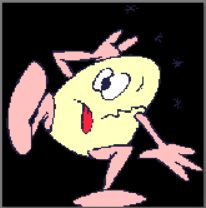 In case you haven't heard by now, Dr Oz on Monday, January 23, had a segment about the gastric bypass surgery for weight loss, touting the invasive procedure as a "miraculous cure" for diabetes and hypertension.

In his opening statement, Dr Oz asked, "What if I told you there was miracle that helps you lose weight, lower your risk of cancer and heart disease and most shocking of all, reverse your type II diabetes overnight?"

Other than the fact that the gastric bypass strains the heart rather than protects the heart (as does any type of invasive surgery), it's interesting to note that the show segment following this rather dramatic announcement, did not mention cancer at all!

The problem with the show is that Dr Oz "forgot" to tell any of the risks of this surgery, which is being done less and less due to the availability of safer options like the lap band which do not call for the surgical dissection of the stomach nor the bypassing of any of the small bowel.

Dr Oz detailed one risk - the fact that patients might regain the weight, but he assured the audience that if patients did what their doctors expected, this would not happen and he emphasized the quick weight loss after surgery, without a reminder that most patients only retain less than 50% of the initial weight loss unless they work very hard at dieting and exercising, two things which will cause weight loss without outdated, risky surgery.

Butch Rosser, a surgeon who recently joined the "gold rush" of weight loss surgery, was also a guest on the show. Rosser had a gastric bypass 3 years ago and has not yet, experienced any repercussions - at least, none that he wanted to talk about on the show.

One of many things which concerned me, was that several things were misrepresented on the show.  For example, Dr Oz stated that the gastric bypass was invented in the 1970's - not true - it was invented in 1965 by Dr Edward Mason, who stopped doing his own surgery in 1980 after he found most of his patients to be suffering from severe osteoporosis and more.  Mason wrote prolifically about the problem of "metabolic bone disease" in gastric bypass patients but unfortunately, only in medical journals - not in places most prospective patients would visit.

Dr Oz also gave the impression that the gastric bypass was not invasive as far as disturbing digestion, reiterating the myth that the food meets the digestive juices lower in the small bowel.  In truth, the bypassed stomach does not produce a lot of acid and when it does, it gets rid of it quickly - since no food in the stomach is how our bodies tell the stomach to release the acid.  What acid there is, is more likely to cause an ulcer in the small bowel than to digest food.  Also the small bowel does not have the protective qualities of the stomach against the acid erosion and it is unknown whether without the presence of food, the duodenum or first section of the small bowel, also bypassed in the gastric bypass, will neutralize the acid released by the stomach as it does in normal digestion.

All this led Dr Mason to write about the disturbances in digestion the gastric bypass causes:

"I would like to see greater use of simple restriction procedures that do not rearrange these finely balanced mechanisms." U of I Healthcare news

So why did Dr Oz so ardently "sell" the gastric bypass (and bypass the more modern procedures which are also safer like the lap band)?

One can only speculate about this - obviously somewhere along the line, there might have been money changing hands - the misrepresentation of facts can usually be traced to the "money trail". Also, less and less people are opting for the gastric bypass which might be leaving some weight loss surgery surgeons in the need to learn new surgeries, a process no one enjoys.

Whatever the case, it was using television and a lot of misrepresentation to hard sell surgery which is, at the least, ethically challenged.

From the patient and other reactions I've heard, Dr Oz lost some fans after this show segment - people are not quite as naiive about these weight loss surgery procedures as he seems to think they are.  One individual wrote me that they had always felt Dr Oz was awesome but after they'd seen this segment on the gastric bypass, they were totally disallusioned with Dr Oz.

And as for Butch Rosser, MD, the gastric bypass surgeon - come lately;  when and if he gets longer term repercussions, will he appear on a TV show to tell about this?  No bets.