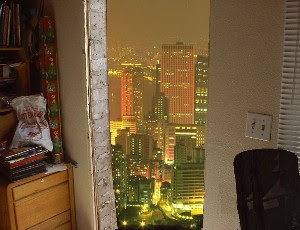 And photo-shopping is fun - I do it myself. Just as long as we don't start BELIEVING the false results of our photo-shopping!
Posted by Sue Joan at 11:24 PM No comments:

is there a childhood obesity epidemic 2?

I received an interesting email from Rae this AM. I'll reprint it here because it's important what she said:

Wow. I can't believe anybody would question whether or not the childhood obesity crisis is real. And, Sue, I find it amazing that you haven't seen more overweight children in the schools. When I was a child, there was maybe one "fat kid" in school. Now they're everywhere!
Regardless of what that site said, the truth is that 40% of children 5 to 8 years old show at least one heart disease risk factor, including hypertension; the first signs of arteriosclerosis are appearing at age 5 (as opposed to age 30, which used to be the case); and adult-onset diabetes is now called Type-2 diabetes because it's become so prevalent in children. Not long ago, the Centers for Disease Control determined that American children born in the year 2000 face a 1-in-3 chance of developing diabetes!
I could go on and on, but then I'd be writing an article and not a blog posting. The childhood obesity crisis IS real and becoming more of a problem every year. And unless we believe that, generations of children will be in very deep trouble.

Rae, I really appreciate your concern and would like to answer your comments, for you brought up important issues, basically about 40 percent of children, 5-8 years old showing one heart risk factor - you mentioned atherosclerosis, hypertension and diabetes being prevalent in children.

I would like to discuss your email point by point because I think you are expressing what a lot of people feel.

First, when considering the cardiac disease risk factors, we should keep the following in mind:


You mentioned the CDC statistics - lets DO talk about them for they can change. For example in 2004, the CDC stated that obesity deaths were at 300,000 a year and predicted that within the next few years those figures would be higher than deaths from smoking. But the VERY NEXT YEAR, when they reassessed their figures, they reported that obesity deaths were REALLY ONLY 110,000 a year (not 300,000) and the "link was weak". They also reported that people in the overweight and obese BMI's (BMI 26-35) were LIVING LONGER than people in the so called "normal weight" categories (BMI 20-25). Dr Flegel, the lead scientist stated that perhaps the so called "normal weight" BMI's were actually UNDERWEIGHT for most people which is why those in the overweight and obese BMI's were living longer. Please see:

Now, where did they get the 300,000 deaths a year in the first place you might ask. Well, in 1993 the McGinis-Foege study found that THE LIFESTYLE FACTORS of being too sedentary (not exercising enough) and "poor food choices" had CONTRIBUTED to 300,000 deaths a year. (cite: JAMA 270 - Nov 10, 1993 pp 2207-2212) Since those lifestyle factors were thought to cause obesity also, the study was mis-interpreted as a finding that OBESITY was causing those deaths. This idea that poor lifestyle factors cause obesity is in the process of being de-bunked as we speak because the fact remains that many many folks who are very SLIM have those lifestyle problems also.

BUT, it is true that lifestyle factors CAN cause or be a contributor to heart disease in BOTH fat and slim people. The 30 year studies of the Cooper Institute on 29,000 people found that fat and slim exercisers are at 40 percent LESS RISK than fat and slim couch potatoes and that the risk factors of being fat did not differ significantly from not being fat.

I said the idea of poor food choices making you fat is being debunked. In the movie, "Supersize ME" based on a real experiment, Morgan Spurlock, a slim man ate 5000 calories worth of McDonald's daily for a month. He did not gain a significant amount of weight (he is a naturally slim man) but he DID develop the beginnings of Cirrhosis of the liver and hypertension EVEN THOUGH his bodyfat level was 17 (the low end of perfect for a male) and he was in the normal BMI weight category. Many people who watched the film missed that part. But if you view the film again, you will see this in the doctor's reports. CLEARLY SHOWS that these cardiac risk factors can and DO appear in normal weight people and are NOT associated with obesity but rather with poor food choices and lack of exercise (which is exactly what many studies have found!).

By the way, in "SuperSize ME", Morgan met up with a guy who eats double portions of MacDonald's daily and guess what - he, too, was slim!

Finally let's talk about fat in general. We tend to compare to the 1900's when we say (correctly) that obesity was a fraction of the percentage it is now. We also tend to forget of the slim kids in the 1900's, only 1 out of 8 grew to maturity! We also tend to forget that of the slim PEOPLE in the 1900's, the expected lifespan was 45 and even WITH the so called "obesity epidemic", our expected lifespan is 78! It has actually been set up in the last 5 years even WITH the increased level of obesity. No one stops to think that perhaps humans, like many other animals including pigs and bears, may be DESIGNED to carry some bodyfat when living in an environment of plenty of food and especially when living in an environment filled with toxins (bodyfat filters toxins out of the bloodstream).

Scientist Glenn Gaesser did a metastudy on all the obesity studies he could find in the last 25 years. A slim exercise physiologist, he expected to find that these studies suggested that obesity was deadly. Instead, what he DID find was that there had been much misrepresentation about obesity, that the met life charts were NOT based on their "build studies" because the build studies had found longevity in people of all weights including some pretty obese weights and that there was NO study DIRECTLY linking obesity with morbidity (or illness). He cites his findings in the book, BIG FAT LIES which I would really recommend your reading.

Since then, many others who have researched have not only found that dieting and weight cycling RAISES ALL risks including the cardiac and diabetes type 2 risk SIGNIFICANTLY, but also, that obesity alone has NEVER been DIRECTLY LINKED in any study with morbidity or early death. The latest "convert" to questioning our affinity for dieting and fat phobia is respected science reporter for the New York Times, Gina Kolata whose book "RE-THINKING THIN" is fast becoming a best seller.

And this is why all the obesity hysteria "stuff" has NOT made our kids MORE HEALTHY nor has the all out effort on the part of adults to expunge every last bit of bodyfat made ADULTS more healthy. And this is why it's important to define what it is which has been proven to help us be healthier - and that is better food choices and especially DAILY exercise. And these things will make us healthier REGARDLESS of what our size is.

What the obesity hysteria has done with our kids I have already detailed in my last blog. Eating disorders are on the rise (and 25 percent of anorexics die from it) and children may be getting LESS healthy because most are afraid to eat.

We cannot run our cars with no gas. Where did we ever think we can run our bodies with less food? I don't think we ARE thinking - we are just reacting in terror based on incorrect "facts" fed us by the TV media which is only for entertainment and only about SELLING a product. The diet industry is 45 billion dollars a year and expected to be MORE in the near future. As usual, follow the money trail.
Posted by Sue Joan at 11:17 AM 1 comment:

An article on a science site, questions whether the "childhood obesity epidemic" isn't just a bunch of hype: 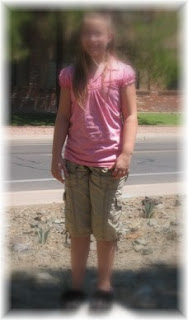 I'm not surprised. I haven't seen any greater numbers of obese children in the schools but on the contrary, I've seen many more children whom I would call, painfully slim, in the schools.

Another article from a country outside of the USA, tells us of the alarmingly rapid rise in eating disorders seen in kids including vomiting, anorexia, overexercising and more.

The models given to these kids are NOT of normal sized people - they are of underweight and airbrushed models. And then we wonder WHY kids are uptight about food, weight and all that other stuff.

Perhaps the parents being uptight is a contributing factor. At any given time in the USA, 80 percent of women are dieting but the figure may actually be as high as 95 percent.

Somehow to see a child who is super slim already, worry about the simple pleasure of eating a candy bar seems utterly sad. Children now, are more prone to chew on plastic foods with little to no calories or nutrasweet laced chewing gum in a pathetic attempt to "fool" mother nature into thinking they are eating something.

More teens are starting to smoke now than in the 1960's before all the dangers of cigarettes were known. They mostly do it to help control their weight. And most teens, regardless of size, think they are fat. If you don't believe me, read their surveys on myspace.com sometime. Pretty shocking.

I will agree that things like fast food (like MickeyD's) are unhealthy to the point of almost being non foods but whether they even make kids fat if they do not have the genetics, is questionable. The answer to the unhealthy qualities of fast foods is NOT to make kids afraid of eating ANYTHING but to encourage kids to eat their fill of more healthy stuff.

Somehow, a 9 year old who already knows the calories in everything she eats, is not "the look".

They tell us that this generation of kids will be the first to NOT outlive their parents. If that is really so, it won't be because of obesity but because our mental mind rape of these kids (and their parents) through the media will have made them afraid of ALL food including the healthy foods which would make them grow well.
Posted by Sue Joan at 12:55 PM 1 comment: