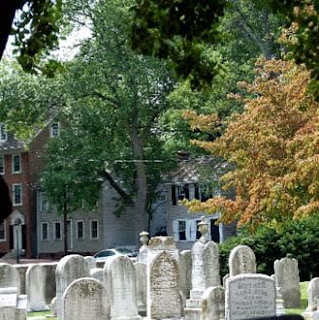 Surgery used to be something done to save lives. But now it's often done for other reasons like to lose weight.

Recently a 52 year old woman died after a lap band procedure - probably a complication of the general anesthesia required for weight loss surgery. She was only 50 lbs overweight.

In another story, a woman who was 100 lbs overweight opted for liposuction to remove 50 lbs and now has a body which is very deformed even after she spent some $6000 bucks for chiropractic treatment and more.

As Weight Loss surgeries go, the lap band has the best safety record. In this procedure, a band is placed around the top of the stomach to form a "pouch" which fills up quickly. This is supposed to send signals to the brain that you are "full" when you have eaten only a small amount of food. The procedure, unlike the gastric bypass, includes no intestinal bypass and no cutting of the stomach, and unlike the gastric sleeve, does not call for the removal of most of the stomach. In the lap band procedure, things are pretty well left in tact.

But like all the other weight loss surgeries, the lap band has its downsides. Many patients find that if they are not pretty strict about dieting from the get-go, they don't lose any weight. And of course, there are many foods which are delicious and low bulk which slip right through the lap band like Dairy Queen blizzards etc. To feel full if you have a lap band, you have to eat bulky foods and if you do not measure them, you can suffer a repercussion called a distended esophagus (when food overflows the pouch). A distended esophagus can lead to perforation which is a serious life-threatening condition and also is difficult to fix. Finally, in a percentage of patients, the lap band adheres to the stomach but the percentage on the long run may be higher than we have been told.

Sharon Osborne who used the lap band to lose 90 lbs and has kept most of it off, had her lap band removed a couple of years ago. "I was tired of vomiting every day," she explained to the press. Her famous rock star husband, Ozzy, told the press he was sick of listening to his wife upchuck so often.

Obviously, Sharon may not have followed some of the rules all weight loss surgery patients are told to follow about "measure twice, eat once, vomit never" but doesn't the way it's sold on TV make it all look like it works pretty automatically? They never go into details about all the work the patient has to do which is very similar to any weight loss program, even the non surgical ones.

About 5% of people on non surgical weight loss programs can keep off the weight. With weight loss surgery it's only 7% even with more invasive procedures like the gastric bypass. Many weight loss surgery surgeons don't expect patients to keep off any more than half their excess weight on the long run even when they are putting in the work, but again, how many seminars tell that to prospective patients who are typically 100 and 200 lbs over their "goal weight"? I know a person who regained 100 of the 200 lbs initially lost with their gastric bypass and they couldn't for the world, take it off, even with diet and exercise. Apparently their metabolism had been so damaged that eating anything more than 700 calories a day, caused a gain.

How many people would agree to major surgery like weight loss surgery if they knew it would mean a lifetime of dieting and exercise as well as supplements, B12 shots, possible iron infusions, frequent doctor visits and more... and then, to only lose 50 percent of what they initially wanted to lose (for most patients)?

How many people would agree to a gastric bypass if they knew that they had a chance, even a small one, of getting a seizure disorder afterward or reactive hypoglycemia?

How many people would agree to a gastric sleeve surgery (the newest one they are touting) if they knew it called for the removal of 90 percent of their stomach, leaving a pouch the size of a thumb and that if they had any acid in their stomach, they might easily get an ulcer which could quickly ruin the stomach and require the removal of the rest of their stomach or else if they had no acid in their stomach, it could cause all kinds of things including auto-immune disorder (including MS by the way) because of "leaky bowel" syndrome where bacteria from the food eaten is not killed and instead, recirculated into the bloodstream?

How many people would go into a major surgery even with a lower death risk (the lap band has a death risk of 1 in 7000) if they really thought they might be the one to die? As for those surgeries like gastric bypass where the risk of death is much higher (1 in 50 in some studies), how many people would choose this procedure being fully aware of the death risk?

And finally, how many would agree to surgery if they knew they might not die right away but instead become ill, or require additional surgery like losing their colon from sepsis due to perforation (a sometimes repercussion of laparoscopic surgery) or lose their ability to walk?

Truly some might say "yes" to this but perhaps, not enough people to provide a steady income for many surgeons. (The average weight loss surgery surgeon has an annual income of 1.5 million dollars or more)

Perhaps we should consider going back to reserving surgery for when it's necessary and avoiding it when it's not necessary. Dying or getting a severe disability from a procedure we could have lived without, may not be a good idea for most people.

For sure, those who choose major surgery, should be very sure they ask and get answers for the question, "What can go wrong?" and not just trust new ops or those successful at surgery who may not be sharing the whole story, or least of all, the TV.
Posted by Sue Joan at 3:31 AM 3 comments: