Most kids dieting or calorie restricting 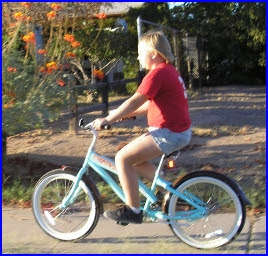 A survey of 500 teens in the UK revealed that 33 percent of girls between the ages of 13-18 years old are dieting however, 50 percent of the girls admitted to eating less than 1200 calories a day (under the excuse of "eating healthy"). The suggested calorie intake for a growing teen is at least 2000 calories and 3000 calories for boys (some of whom were eating 800 calories or less per day). (see www.mypyramid.gov )

Many adults are ignoring the need to look like a concentration camp victim but teens are taking these messages seriously and confusing being super slim with healthy. The same survey found that less than 25 percent of the teens were eating the proper amount of vegetables - most were eating less than 2 portions a day of veggies.

Other surveys have found that more teens are starting smoking today than in the 1960's before all the dangers of cigarette smoking were known. Most teens start smoking in an attempt to control their weight. But those same kids exercise very little when at least 60 minutes of cardio daily is recommended for children to stay healthy. One little boy on TV, a participant in one of those health - lose weight shows, told the nutritionist that he doesn't have to eat well and exercise because he's slim. This is the common misconception that TV is giving our kids.

All this dieting and calorie restriction may be one reason why autoimmune disorder is becoming that "epidemic" that obesity never was. Or why whole schools of vaccinated kids are coming down with whooping cough. Dieting is a known challenge to the immune system even in adults - imagine how it might devastate the immune system of a growing kid.

I took a 10 year old shopping for clothing this weekend and she was painfully aware of her size.... and wanted to squeeze into a smaller size which didn't fit her just to avoid the larger size. She has a large frame and is of endomorphic bodytype but her size in the 1950's when I was in elementary school would have been considered "normal". Today in our efforts to make our kids boney, her size is larger than average.

Worried parents, concerned at all the TV messages about "widespread obesity in children" are, it seems, ending up giving their children grief if they are even slightly larger than very slim. One young girl who is a bit chunky told me that her slim sister is allowed to eat candy but she is not allowed. That same young girl told me that she skips lunch most days in school because she "doesn't like the food".

We know from the experience of the very obese adults that many of them GOT that way from ruining their metabolisms as kids dieting...

So when do we stop punishing our kids for being healthy?
Posted by Sue Joan at 2:13 AM 3 comments: