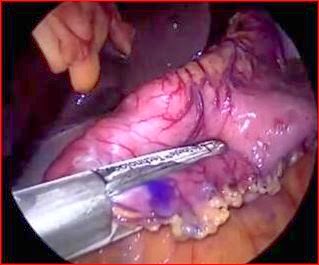 Yet another eye catching headline hit recently.  "Obesity primes the colon for cancer!", it triumphantly announced.

And what was this "landmark study" you might ask?  They fed mice lard and then tested, and only the ones which were fat, had the "markers" for cancer.  Huh?  Are people supposed to believe this would apply to humans?

Although we might have our suspicions about some humans, I can safely say we are NOT mice and a mouse GI tract barely resembles a human GI tract, if at all, and also, the mice which got fat, didn't get cancer -they only "had the markers" for cancer which means they might or might not get cancer by the time their short lives are ended.

If that's not questionable enough, try the the following study - the headline on this was about how Weight Loss surgery "cures" diabetes.  This study was on humans however, among those who had had a gastric bypass (which forces starvation for the first couple of years - starvation will always bring blood sugar levels down), barely more than 1/3 of the patients saw a remission, even in the first three years after surgery.

I wouldn't call those results impressive, especially considering that gastric bypass is so invasive.  Among patients who had the sleeve gastrectomy, the popular "surgery du jour" which only reduces the stomach (to the size of a thumb and about twice as long as a thumb), only 25% experienced a remission of their diabetes in the first three years.  Keeping in mind that without a stomach, digestion of fats and proteins is basically, not happening and patients must for the rest of their lives, consume protein drinks which are expensive, not paid by insurance and not good tasting to avoid protein deficiency diseases which have not been seen since the 1800's... they should also take B12 shots at least once a week since a greatly reduced stomach likely no longer digests vitamin B12 which can cause many and varied problems.... this doesn't seem worth the expense and pain of surgery for the small number of remissions of diabetes early on.

In a buyer, seller's society, consumers must be careful of what they buy -to avoid the myths seen on TV etc - and sadly, for post ops who experience one of the many complications, there is little available to support them.