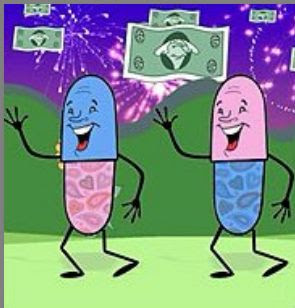 There are three new diet pills which are being boasted about in the news as safe and effective.

In a nutshell, no they are neither safe nor particularly effective but the media is sure are doing the hard sell on them. Will people remember the phen-fen fiasco which has caused a relatively rare deadly disorder, pulmonary hypertension to be something we hear about all too often? Will they remember that even a medication like Xenical (Alli') can cause malabsorption of fat soluble vitamins and fecal incontinence? (without much weight loss).

Or will they line up to get these new medications which are really more older ones, just recycled? 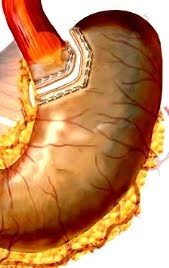 I have noticed a new media campaign hawking gastric bypass for diabetes. And not only that but also they are suggesting this surgery (which Rudy Leibel called "draconian") for those folks who are not especially overweight.

The articles are misleading like this one on MSNBC. For example this article states that:

Scientists in recent years have discovered that diabetes all but disappears in some obese patients soon after the operation.

No scientist ever wrote that "diabetes disappears". No scientist ever used the word "CURE" either. What they stated was that after any weight loss surgery including the less invasive gastric band, the sugar levels seem to go down in 72 percent of diabetics at the two year post op point.

(And some of the surgeons admitted that they didn't know if the after surgery fasting caused the sugar levels to go down or the surgery itself!)

Additionally, the one study which did a follow up at the 10 year point after surgery found that only 36 percent of the diabetics still had sugar levels in the so called "normal" range.[New England Journal of Medicine: Volume 351:2683-2693 December 23, 2004 Number 26 Lifestyle, Diabetes, and Cardiovascular Risk Factors 10 Years after Bariatric Surgery Lars Sjostrom, M.D., Ph.D et al]

What continues to amaze me is that they are still doing a surgery, which is a more invasive version of one invented in 1888 (for the treatment of duodenal ulcers) and about which the inventer, Dr Edward Mason, stated in 1980, after extensive patient follow up, that it was too risky even for those patients who were clinically obese. Mason wrote:

"For the vast majority of patients today, there is no operation that will control weight to a "normal" level without introducing risks and side effects that over a lifetime may raise questions about its use for surgical treatment of obesity."

Dr Mason advocated a less invasive surgery which did not interfere with the digestion of vitamins.

Gastric surgery for weight loss causes nutritional deficiency in nearly 100% of individuals who have it done. The most common deficiencies are Vitamin B12, Iron, Calcium, Magnesium, Carotene (beta-carotene and other carotene vitamins) and potassium.

Some of these vitamins and nutrients can only be supplemented intravenously. Others cannot be supplemented and the deficiencies can be either disabling or life threatening in the long run.

The surgeons I have asked about lifespan after a gastric bypass have been evasive, implying that a gastric bypass patient might live longer than a clinically obese person but again, science has not proven this at all.

Dr Mason, in 1965, thought this surgery would work for the clinically obese because his normal weight patients who had this surgery, had a difficult time keeping their weight at a normal level.

However, followup suggested it was too riddled with complications and even as late as 2006, Dr Mason wrote that since the mid 1990s scientists have learned a great deal about "the biochemical mechanisms that influence food intake and weight".

" I would like to see greater use of simple restriction procedures that do not rearrange these finely balanced mechanisms," Mason added in an article he wrote for the U of I healthletter.

And in July 2010, 30 years after Dr Mason first advocated not doing the gastric bypass even for clinically obese people, the media is campaigning for diabetics to have this surgery?

The worst thing is that

Not only does the recommendation of gastric bypass to control diabetes make no sense to me - it seems, more than somewhat ethically challenged.
Posted by Sue Joan at 3:46 AM 4 comments: