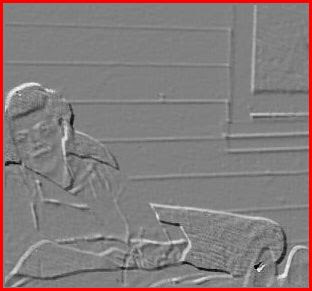 If you listen to the TV, you will hear that weight loss surgery (either gastric bypass or lap band) "cures" diabetes. You will see happy patients less than 2 years post op dramatically throwing out their medication.

Remember TV is NOT the truth. Not even close.

We have two studies available which looked at diabetes and weight loss surgery.

The first was the Swedish Obesity Study. It compared weight loss surgery patients to people trying to diet. It was NOT randomized and as a matter of fact, those chosen to be in the NON patient group had MORE diabetes and MORE heart disease. The surgeries used in this study were gastric bypass and gastric banding.

At the two year point, they recorded a 73 percent remission in those patients with diabetes.

But at the 10 year point, only 36 percent of the patients remained "diabetes free". That means for most of them, the diabetes had returned. We have no longer term results than this.

Finally the Swedish Obesity study found that at the 10 year point the "average" BMI among the weight loss surgery patients was 35. Still clinically obese.


The second study was the "Monash Study". This study was randomized sort of. It did not take any diabetics who were diagnosed more than 2 years before surgery. (and we all know that moderate lifestyle changes without weight loss can bring A1C back to "normal" in the first few years after diagnosis).

It did not study patients any more than two years post op. They found at the 2 year post op point, 73 percent of patients were in remission (and the researchers used remission and not cure!) which is the same that the Swedish Obesity study found.


The TV ran with it. The Monash Study used adjustable lap band patients. And the word "remission". The TV said they were gastric bypass and used the word "cure".

I have heard some Weight Loss surgery surgeons use the word "cure" also and the ASBS is now trying to recommend gastric bypass for overweight patients with diabetes (i.e. BMI 30 or more). Those patients tend to fare badly post op. Somehow their bodies do not adapt as well as heavier patients.

Speaking of Weight Loss retention: The third study we should look at is the Utah study which found that 34 percent of patients whose start BMI was over 50, regained all or most of their weight within 10 years.

Bottom line, weight loss surgery is not effective unless you diet, count calories and exercise (which will keep weight off without surgery) and it does NOT cure diabetes - no study ever found that and the only place reporting a diabetes "cure" is TV which is selling the surgery or some surgeons who are also selling the surgery.
Posted by Sue Joan at 7:15 AM

Somehow their bodies do not adapt as well as heavier patients.

This doesn't surprise me at all, a body with a BMI of 30 is much less able to store fat than that of a much higher BMI. This should have occured to the surgeon's recommending this operation for this group, if they cared to exercise the slightest common sense when it comes to fatness.

With fat patients it's just hit and hope, or should I say, cut and hope?

I don't know what my history has to do with the study but I had a lap band place in 8/07 after a 5 week liquid diet and was on metformin at the time for my type 2 diabetes.

Within a few weeks after being banded I started to gain back the weight. Prior to that my GP decided to stop my metformin "as all patients who have WLS recover from type 2 diabetes and the drug is no longer needed".

After a year of not being on metformin I gained back most of the weight I had lost prior to banding. Had blood work done my blood sugar levels were worse, so at my request was put back on metformin, I now have high blood pressure and high cholesterol both of which I am treated for now.

After 14 months of living in hell with the lap band, eating normal healthy food is not possible or at least wasn't for me I had my band removed.

To me it was like going on another diet it didn't work and I put the weight back on afterward. During the time I was trying to lose weight with the lap band I researched on the internet and when I came across FA which is what guided me to have the band removed and try to live my life as a normal person who just happens to be fat, moxie3.

I'm glad you shared your story!
It's good that you were able to have the process reversed. I think there is too much about diabetes and weight that science and doctors just don't know. It's unfortunate that some of the "professionals" seem to think that the high risks are worth weightloss, even though the weightloss is not proven to equal health.
Thank goodness you found FA communities that gave you the info and support so you can actually live this life!

Thank you for your comment about your grandmother, sounds like she found her groove right up until 99!